Trout Lake Ride Was a Sucess


We had our first ride of the season! Paul, Ed, Kevin and Stephen meet to spend the night at the Trout Lake Inn at the southern end of the Mount Adams Wilderness. They brought the sleds we’ve been working on, and some that are intended to be used this riding season. They now know what additional work needs to be done to make the sleds reliable, and what is not going to work. The best part of the day was there were No Tow-ins! All of the sleds made it back to the sno-parks on their own power.
The snow was perfect while the sun was working to peek through the clouds. Temperatures were in the mid 20’s with intermittent light snow. There was a total of about three feet; one foot of soft powder on top of a two foot base. This made for a day of what Stephen likes to call Hero-Snow. You could go almost anywhere on a vintage sled. The four-wheel-drive-guys did made the first day kind-of rough rutting out the trails. But, by the second-day the groomer was out to made the trails smooth and fast. It was a great way to prepare for the upcoming season.
Check out the pictures at the club's photo page, and a video of Stephen catching air with Paul's 1969 Ski-doo Olympic: 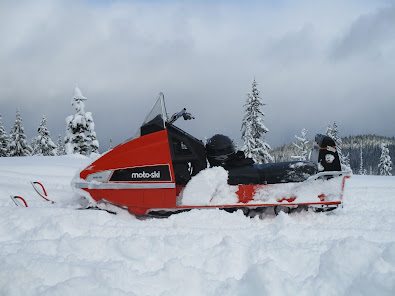 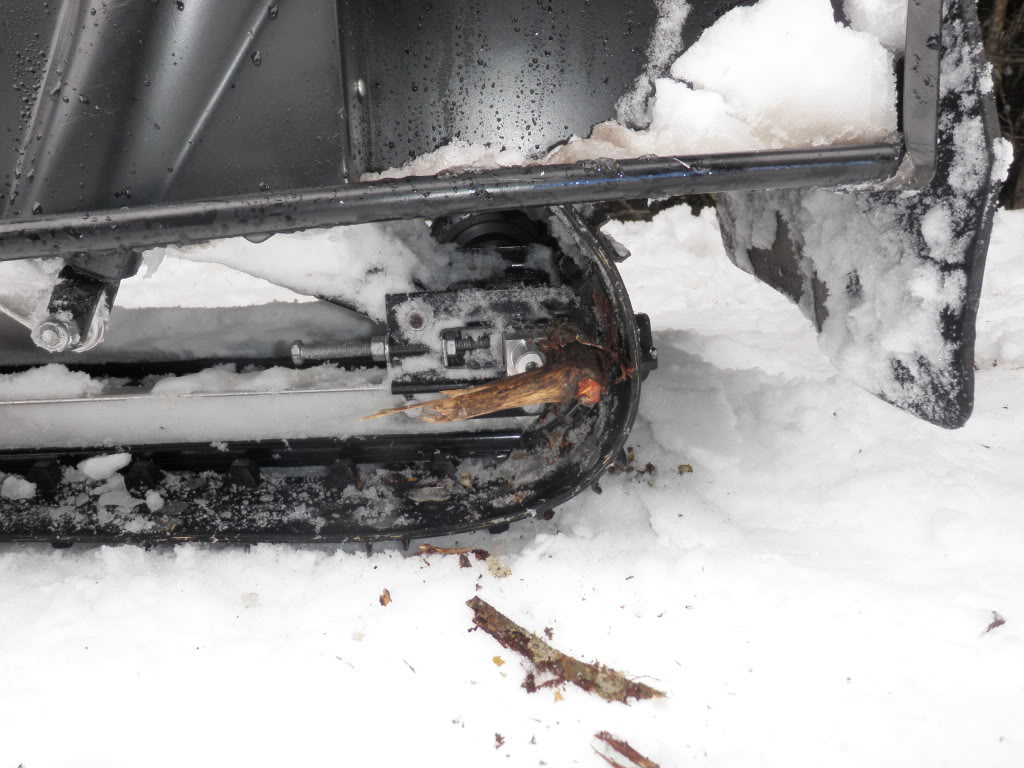