What a great and busy weekend it was at the Washington State Snowmobile Association (WSSA) Snowmobile & Power Sports Expo/Swap Meet! This was our 22nd year. The time went by fast. We had our display up and running well before it was time for the gates to open. The best part of the Expo was that you stopped to see our old machines, and swap riding stories when they were the hottest and newest sleds on the trails.

First a-special thanks goes to all those who voted for our first and second place People’s Choice Award, and Homeliest Snowmobile. Without you the awards are not possible. This year you decided first place winner for Best of Show was Dick Feil for his beautifully restored 1965 Polaris Sno Traveler Voyager. Coming in a second was Ray Bergstresser with his 1972 Sno*Jet 440 Thunder Jet. These sleds were skillfully restored.  Then there was the winner for the Homeliest Snowmobile. You decided Kevin Hancock won the trophy for his 1970 Wheel Horse Safari 309. Thanks to everyone that voted to settle the contest of the best and homeliest sleds for this year’s shows.

Click on the link to see pictures of the event: 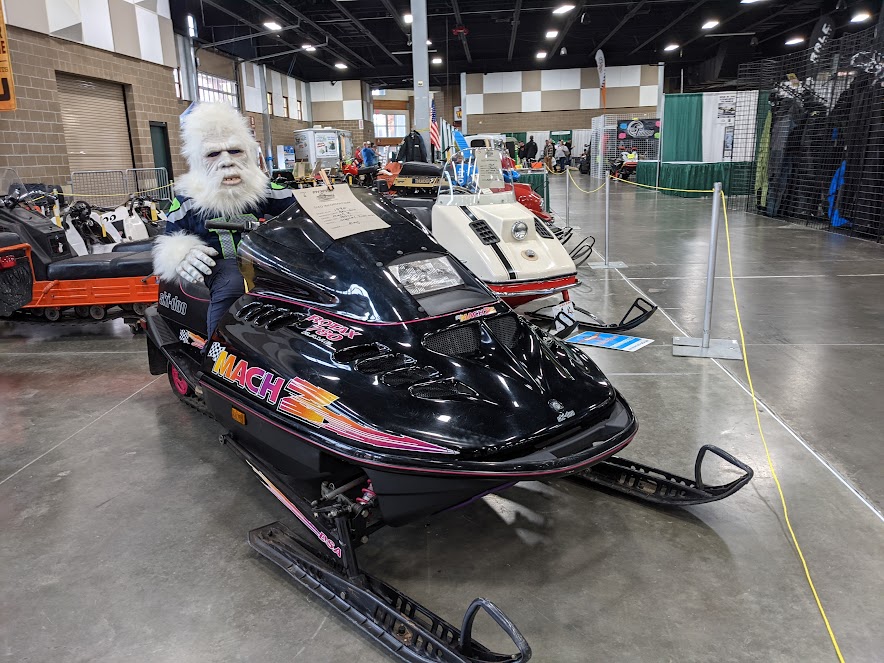