The directional signs pickup from Taneum Sno-Park to Whistlin’ Jack Lodge and back pickup is done!

The weekend of May 11 Ed, Marlane, and Kevin started collecting signs from Whistlin’ Jack Lodge to the top of the hill climb.  They camped in the meadow that is eleven-miles from the lodge for two nights.

The roads were mostly clear, but to get two of the signs at the highest elevations they had to hike in because the road was still snowed in.  One was a four-and-a-half mile round trip, the second about a mile.  All the signs were there.  No one used them for target practice, or stole them.  They collected ten signs.

The on the weekend of May 18 Stephen, his wife Melodie and here three corgis started at the Taneum Cabin Sno-Park and Campground around 11:30 a.m. and picked up the first sign at the Sno-Park area. That sign had no map on it, just the backer board and post.  One of the other signs had fallen or been pulled out of the bucket and laid down but everything was in good shape. All the rest were still up and looked good.  They collected seven signs total.  During their trip they saw some elk, and a boat that was flipped over in the road.

In other news, a local resident stopped me at the "Lunch Spot" and said he liked the signs. He also mentioned that the Manastash Sno-Park was moving next season up the road to that location, vs further down where the groomer lives.  Shouldn't affect us, just means the lunch spot will be a sno-park.

Click the picture for a link to our photo album: 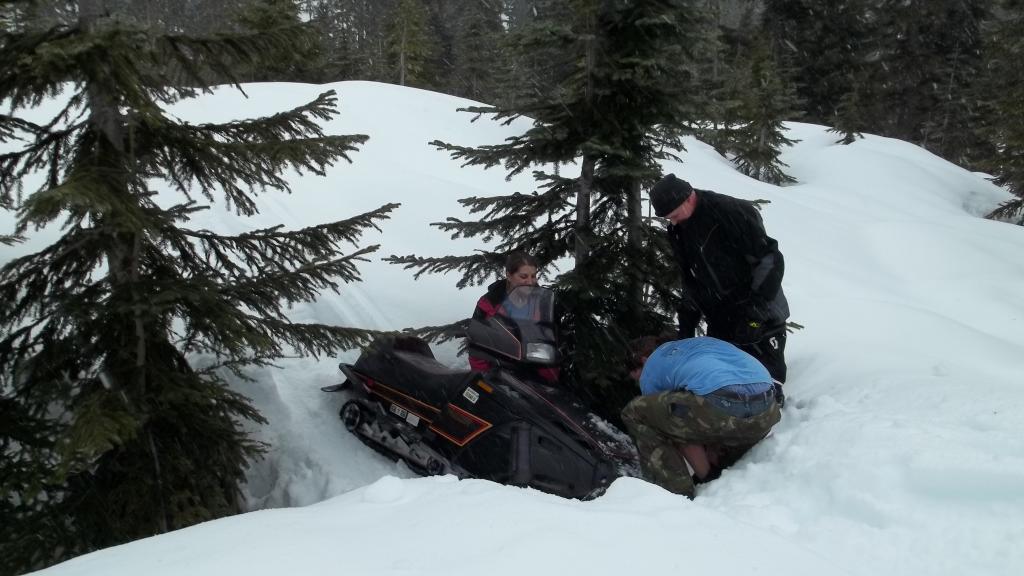